“FIERCE AND COMPLEX, VALENTINE IS A NOVEL OF MORAL URGENCY AND BREATHTAKING PROSE. THIS IS THE VERY DEFINITION OF A STUNNING DEBUT.”

It’s Valentine’s Day, 1976, and the West Texas oilfield town of Odessa stands on the cusp of the next great boom.

When a fourteen-year-old local girl—Glory Ramírez—survives a vicious assault amid the derricks and pumpjacks of the oil patch, she along with the women of the town must grapple with the fallout. Forced to leave her home, Glory stays in a motel with her uncle and finds a lifeline in the unlikeliest of places. As Mary Rose Whitehead, a local mother, prepares to testify as a witness for the prosecution, she finds herself the target of harassment from the town’s traditionalists but can’t erase the memory of the young girl from her mind. Debra Ann Pierce, an eleven-year-old neighbor grieving the loss of her mother, knows much more than she lets on. And Corrine Shepard, a recent widow, watches the case from afar, until one day its ramifications hit far too close to home.

In VALENTINE, Wetmore introduces the most memorable cast of women in recent fiction: once-mild ranch wife Mary Rose, who prepares to take the stand as her life is becoming unrecognizable to her; retired high school teacher Corrine, who never quite fit the mold of an Odessa wife and mother; the all-too-wise Debra Ann Pierce; and most of all, Glory herself.

For readers of Elizabeth Strout and Barbara Kingsolver, VALENTINE is fierce and unflinching but often surprisingly tender as it tells the stories of the women and girls caught up in the aftermath of a horrific crime. Wetmore gives readers an urgent, haunting exploration of the intersections of violence and race, class and region in a story that plumbs the depths of darkness and fear but offers a window into beauty and hope. 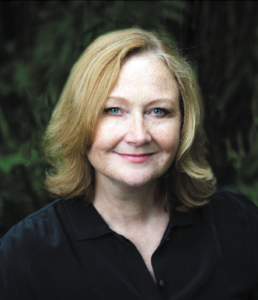